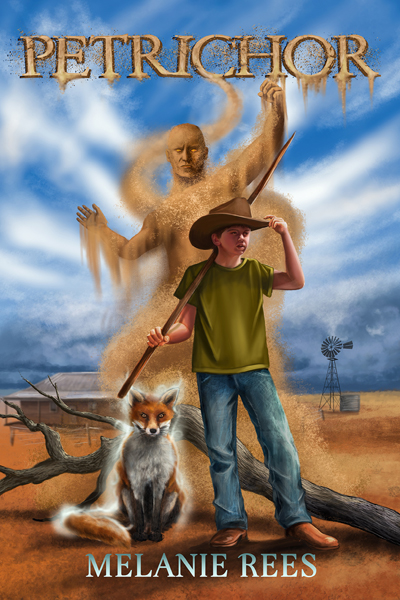 Some things cannot be mended with baling twine.'

With his father suffering through the drought, Clayton attempts to free the rain spirits that were captured by the demonic Red King who lurks on their remote sheep station. Guided by the magical creature Waringa, Clayton’s efforts only cause further tension between him and his father as suppressed memories of his older brother’s death begin to surface.

15% of the publisher’s revenue from the sale of this book will be donated to Australian charities: 'Rural Aid' and 'Beyond Blue'.

Read a sample and check out the reviews here.

A random sample from our catalogue ...

The White Pavilion (The Cosmic Winds #1) by Ruth Fox 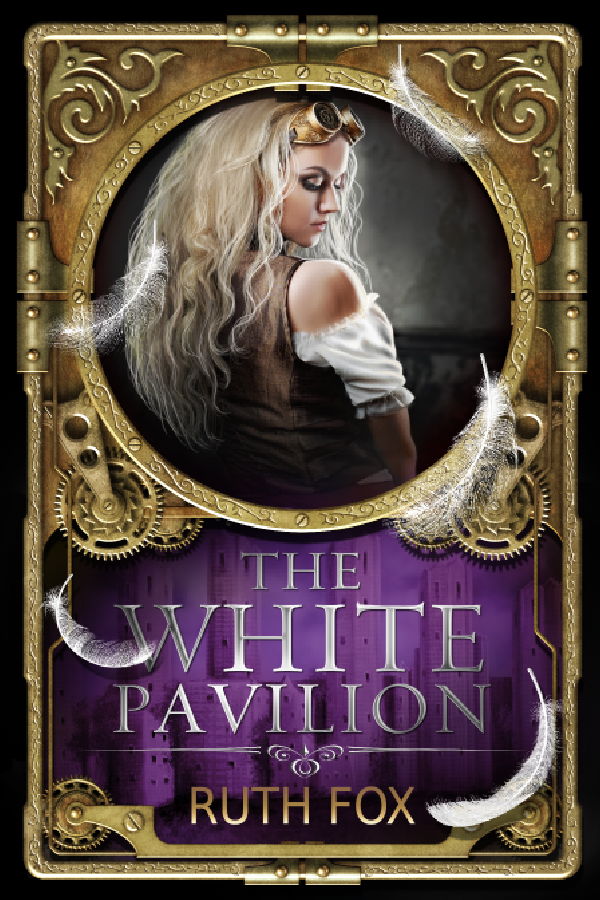 Tierra mejor: a world created by a Spanish clockmaker to house refugees from a dying Earth. Five hundred years have now passed, and the world is slowly failing. Imre, young and extraordinarily beautiful, is a Dancer in the White Pavilion, a palace of exotic entertainments. But when she's chosen to dance the most important dance of all, she stumbles. Kazari was called by the Lady to become a Hunter, to defend Albatar against the gorgones. But can she master her Gifts in time to save her family?

A fabulous start to a new series, exciting, un-put-downable, and with a very interesting plot and characters Alayne Russell - Reviewer

Wow! This was a solid 5/5 stars … such a fantastic read! Penelope Doucet - Goodreads Reviewer

This book surprised me in all the best ways … and I can’t wait for the second part! Franzi Flick – Reviewer

I loved this book! … I would give it 6 stars if I COULD! Estella Hagin – Reviewer


The Unforgotten by Shaune Lafferty Webb Rab’s hopes to escape years of enslavement by the Feathers and join the surviving Top-Siders with Cloud are crushed by warnings of a new danger from the skies and the Feather leader’s order to fortify his settlement. When Fin’s son is taken, an unlikely friend surfaces and events are set in motion that will change the future forever.

"I thoroughly enjoyed catching up with Rab, Fin, Gift and Cloud again and meeting new characters, while following them on their journey forwards. A great conclusion to the series." Brenda, Top Goodreads Reviewer

"The final instalment is sensational! A thrilling narrative that does not disappoint. The future of Rab and Cloud will keep you turning pages into the night! A great trilogy!" Ashleigh Armstrong, School Librarian


In LIEU by Barry Dean Librarian, thief, or time-cop? Sometimes, not even those concerned can tell the difference — particularly when time-travel is involved, and things happen in order, out of order, and simultaneously at different times.

Welcome to the time travelling world of L.I.E.U. A future world where nothing is quite as it seems.

REVIEW - "Are you prepared to have your mind twisted like a pretzel with time paradoxes, events happening out of order, effects preceding causes? If so, then set yourself right down and read In L.I.E.U. and have your fears unconfirmed. This is a fun ride that ends with enough plot hints that another adventure for some of the characters may issue out of the Time-Continuum in our future. I for one will be on the lookout for such an occurrence. Ron Titus (Librarian) Sometimes you have to protect those you hate.

Stephanie Anders, Protector of Souls, has met her hardest task yet: saving the soul of someone she hates —her ex-husband’s best friend. After having accidentally sold his own soul Stephanie must now journey to Hell to recover it. There’s just two problems: how does she get there, and then how does she get out again before she becomes a demon?

"Stephanie is a fantastic character, likeable and feisty." Claire loves to read! The new-found alliance of Starlyne and human has fought back, but the Garsal invaders are relentless in their desire to conquer Frontier. Once again, Shanna, her fellow cadets, and their starcats find themselves on the front-line. But even as she and the other cadets begin to master their new skills tragedy strikes, and all of Shanna's resolve is tested as she discovers there is even more at stake than she'd ever believed possible.

As Garsal attacks on Watchtower and the other human settlements intensify, the cadets and Patrol Ten are sent on a mission to infiltrate the Garsal ship. But even as Garsal attacks increase, factions start to appear within the seemingly implacable foe. Now, as Patrol Ten and the cadets begin their mission to free those slaves with the knowledge that may enable the alliance to strike back, Frontier's future seems increasingly uncertain.

Submissions are presently being accepted during the months of June - July, and December - January. For more information about how to submit to Hague Publishing please refer to our guidelines.

Established in 2011, Hague Publishing is an independent Australian publisher of Science Fiction and Fantasy.